on May 15, 2019
Breakfast is often said to be the most important meal of the day and most American universities do not take this notion lightly as they make sure that there are a wide range of items served for breakfast and these are usually arranged by categories to allow for easy retrieval.

Listed below are the most common items likely to be served at breakfast in an American college dining*.

Ham is the tasty meat of a pig’s hind leg that has been preserved by salting; the ones served in most college dining have been smoked for additional flavor. For breakfast, you can pair this with whatever bread is on offer or some baked potatoes or simply garnish a bowl of vegetables from the vegetable bar for a hearty salad.

Bacon is similar to ham but this time, the meat is gotten from the pig’s back; most universities tend to also have a healthier option on offer such as the turkey bacon. Because of its crunchy texture, bacon is the perfect meat for making a sandwich, so you can place it between a bagel or a baguette for a quick, filling breakfast.

French toast is extremely different from the regular toast that comes off the toaster; it is made by dipping bread into an egg-milk mixture and then frying it in a saucepan. This dish goes really well with some maple syrup and a good helping of fruits on the side.

These are light, fluffy buns similar to what the British call ‘scones’. It can be eaten with a beef patty or eggs but it is usually served along with a gravy of some sort.

These are a slight variation from the regular waffles as these are made from a lighter batter and have deeper pockets than the regular waffles. Some American college dining also have different kinds of Belgian waffles for breakfast like the blueberry or chocolate ones. They can be eaten with a syrup or turned into a dessert by piling on some vanilla ice-cream and strawberries.

This is a Southern American staple but it is served as a breakfast dish in almost all colleges of the United States. Grits are dried corn kernels that are ground into a coarse powder; they are then cooked by adding them into a pot of boiling water or milk and butter. In college dining, they are usually served with scrambled eggs and bacon for breakfast.

This is similar to the grits but the grain used this time is oatmeal. It is cooked the same way as grits but it has a less coarse texture than it. Oatmeal porridge in most college dining are often made with steel cut oats which are unprocessed oats. You can spice up your oatmeal breakfast with some slices of strawberry on top from the fruit bar.

This is a patty made from shredded potatoes; the shredded potatoes are mixed with egg, flour and some additional seasoning. The mix is then fried until the patty is a lovely golden color on both sides. This is a standalone breakfast dish and is often eaten with just ketchup.

This is a rich breakfast dish that is prepared by frying diced potatoes with yellow and green ball peppers. It's a truly rich meal that doesn't need additional garnish but if you want to amp up the flavor you can cut up some bacon or sausages and sprinkle on top.

This is a favorite go-to breakfast in most American homes and it is prepared by grating cooled boiled potatoes into shreds before molding into little balls and then fried. It’s mostly eaten with a generous helping of ketchup.

These dish is prepared by beating eggs with milk before frying with butter in a pan; additional ingredients such as mushrooms or onions are sometimes added to the egg mix to make it even more tasty. This is the ultimate side dish that can go with anything else served for breakfast, so load up.

This tasty gravy is made by simmering some cooked diced sausage with some roux and spices. Sausage gravy is usually the accompanying dish for the Southern biscuits. Scrambled eggs and bacon also go amazingly well with this dish.

Muffins are of two varieties; the cupcake variety and the flatbread variety. The flatbread variety, often called an English muffin, is the more common variety served in an American college dining. They are usually toasted with a griddle top and served with jam, butter or chopped fruits.

Donuts are everyone's favorite treat; they are fluffy with just the right amount of sweetness. Donuts are made by deep-frying dough that is either rounded or ring-shaped. There are often a variety of donuts served in the college dining such as the chocolate chip donut or the glazed icing donut.

This is a classic dessert eaten all over the world and it can be made in a variety of ways. The most common way of making pancake is to mix flour, eggs, baking soda, baking powder and some salt into a batter before dribbling a portion into a lightly-oiled pan. It is a versatile dish and can be eaten with maple syrup or strawberries or blueberries.


*A sample of 200 universities/colleges from 37 states were chosen at random to obtain the survey results given.

How To Create A Winning College Application

Ideally, the road to college applications should begin years before you start to put together your package; but if you are like most people, you probably only began to seriously think about college a few months before entry. Not to worry, you can still make a killer application and snag a couple of scholarships while you are at it. 1. RESEARCH, RESEARCH, RESEARCH This is the first and one of the most important steps, if not the most important. After deciding what you are going to major on, do a thorough research on the colleges or universities that you would like to attend and narrow the list down to 5. Whatever you do, please do not take as the gospel truth, reviews/rankings from so-called experts or websites on a school’s standards; quite a number of them are paid advertisements veiled as honest opinions {this is the reason why we’ve compiled at least 90% of all American universities and colleges on our listing site to make the search easier for you}. Visit the univer 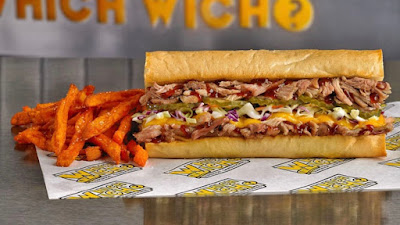 The 17 Most Popular Restaurants On American Campuses

On most American campuses, you are bound to spot a few restaurants where you can pop in for a burger or two and a cold glass of cola, but in terms of campus frequency*, these are the top 17; 17. WHICH WICH   This is a funky sandwich joint, created by Jeff Sinelli (also the founder of the Genghis Grill), that produces sandwiches that are undeniably addictive. Which Wich has proven to be extremely popular on campuses where it is located and it’s always a lunchtime favorite amongst students. Must try: The Philly Cheesesteak Check out the Which Wich Menu here 16. AU BON PAIN This is a bakery retail unit with a history steeped in French cuisine; businessman Louis Kane bought the store from a French baking equipment manufacturer who showcased their ovens by having French bakers bake with them instore. Their soups are widely known for the freshness of ingredients used and it’s often the spot to catch up with friends at the end of a long day. Must try: Corn &am